Why Get Tested?
To detect chromosome abnormalities, thus to help diagnose genetic diseases, some birth defects, and certain disorders of the blood and lymphatic system

Sample Required?
A blood sample drawn from a vein in your arm; a sample of amniotic fluid or chorionic villus from a pregnant woman; a bone marrow or tissue sample

What is being tested?
Chromosome analysis or karyotyping is a test that evaluates the number and structure of a person's chromosomes in order to detect abnormalities. Chromosomes are thread-like structures within each cell nucleus and contain the body's genetic blueprint. Each chromosome contains thousands of genes in specific locations. These genes are responsible for a person’s inherited physical characteristics and they have a profound impact on growth, development, and function.
Humans have 46 chromosomes, present as 23 pairs. Twenty-two pairs are found in both sexes (autosomes) and one pair (sex chromosomes) is present as either XY (in males) or XX (in females). Normally, all cells in the body that have a nucleus will contain a complete set of the same 46 chromosomes, except for the reproductive cells (eggs and sperm), which contain a half set of 23. This half set is the genetic contribution that will be passed on to a child. At conception, half sets from each parent combine to form a new set of 46 chromosomes in the developing fetus.

Chromosomal abnormalities include both numerical and structural changes. For numerical changes, anything other than a complete set of 46 chromosomes represents a change in the amount of genetic material present and can cause health and development problems. For structural changes, the significance of the problems and their severity depends upon the chromosome that is altered. The type and degree of the problem may vary from person to person, even when the same chromosome abnormality is present.

A chromosomal karyotyping examines a person's chromosomes to determine if the right number is present and to determine if each chromosome appears normal. It requires experience and expertise to perform properly and to interpret the results. While theoretically almost any cells could be used to perform testing, in practice it is usually performed on amniotic fluid to evaluate a fetus and on lymphocytes (a white blood cell) from a blood sample to test all other ages. Alternately, white blood cells may be obtained from bone marrow aspirations to look for changes in individuals suspected of having hematologic or lymphoid diseases (e.g., leukemia, lymphoma, myeloma, refractory anemia).

The test is performed by:

How is it used?
A chromosomal karyotype is used to detect chromosome abnormalities and thus used to diagnose genetic diseases, some birth defects, and certain disorders of the blood or lymphatic system.

It may be performed for:

When is it ordered?

A chromosome analysis may be ordered when a fetus is suspected of having a chromosomal abnormality, when an infant has congenital abnormalities, when a woman experiences miscarriages or infertility, and when an adult shows signs of a genetic disorder.

It may also be ordered to detect the presence of a chromosomal abnormality in family members when it has been detected in a child or in another family member.

It may be ordered to detect acquired chromosomal abnormalities when an individual has leukemia, lymphoma, myeloma, refractory anemia, or another cancer.

What does the test result mean?

Interpretation of test results must be done by a person with specialized training in cytogenetics. Some findings are relatively straightforward, such as an extra chromosome 21 (Trisomy 21) indicating Down syndrome, but others may be very complex.
Although there will be typical signs with specific chromosomal abnormalities, the effects and the severity may vary from person to person and often cannot be reliably predicted.

Some examples of abnormalities that chromosome analysis may reveal include:

Monosomy    This is the absence of one of the chromosomes. An example of monosomy is Turner syndrome (a female with a single X chromosome – X instead of XX). Most other monosomies are not compatible with life.

Deletions    These are missing pieces of chromosomes and/or genetic material. Some may be small and difficult to be detected.

Genetic Rearrangement    With this, genetic material is present on a chromosome but not in its usual location. A person could have both rearrangement and duplication or deletion. An almost infinite number of rearrangements are possible. Interpreting the affects of the changes can be challenging.

Duplications, deletions, translocations, and genetic rearrangements can cause a myriad of health and development issues. It depends upon what genes are missing or are present in too many copies.
Some genetic rearrangements will be variations that do not cause noticeable symptoms. Balanced translocations (where two chromosomes have swapped portions of themselves but all of the genetic material is present) may cause no problems for the person who has them but may cause problems in their children.

Many hematologic and lymphoid malignancies (e.g., leukemia, lymphoma, myeloma, myelodysplasia) are associated with chromosomal abnormalities, which can help diagnose the disease and/or predict the clinical course of the disease.

Is there anything else I should know?

Since the sex chromosomes (XX or XY) are identified during the chromosome analysis, this test will also, as a byproduct, definitely determine the sex of a fetus.

Some chromosome alterations are too small or subtle to detect with karyotyping. Other testing technique such as fluorescent in situ hybridization (FISH) or a microarray may sometimes be performed to further investigate chromosomal abnormalities.
It is possible for people to have cells in their body with differing genetic material. This happens because of changes early in the development of a fetus that lead to the development of distinctly different cell lines and is called mosaicism. An example of this is some cases of Down syndrome. The affected person can have some cells with an extra third chromosome 21 and some cells with the normal pair. 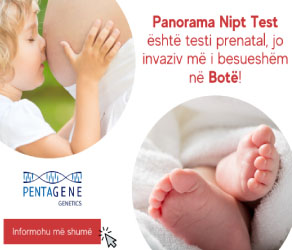